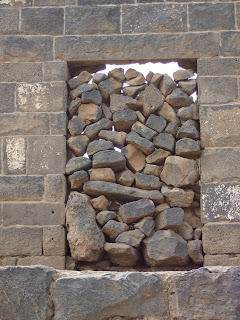 I recently toured my play, No Place Called Home about the Iraqi refugee crisis. We performed the show in Manchester, Indiana and Rugby, North Dakota. I also taught several classes around the issues of authentic living, refugee awareness and using arts as advocacy, along the way.

One of the tour stops where I taught was a very small town in northern Minnesota -- a very conservative, "red" county, if you will. I knew this because almost every answer to any question was "guns". Also, I was told. They probably saw me coming a mile away as a leftie, elitest east-coast liberal! Sigh. Some kids tried to goad me with their gun talk, but I used it as a springboard for conversation. After all, there is no wrong answer, just opinions. :)

Mid-way through the session, several kids got up and left. I was told it was because of work study. Well, days later, after a phone call from the principal, I learned two of those students who left early, didn't do so because of work study, but walked out because they were upset. They misunderstood me to say their brothers who served in Iraq were to be blamed for the Iraqi refugee crisis.

Wooh. What? This stopped me in my tracks. How could I have been so misunderstood? The refugee issue is a different issue altogether, having nothing to do with our troops or the work they do. I never even mention the troops in my classes, really, and I of course, support our troops. But where did we go off track? What I was saying had nothing to do with what they heard.

On the phone with the principal (Spelling trick--the principal is your pal), I took a breath. She knew the truth. She sat in on the entire class and was thankfully standing by me now, but how could this have happened? Where did the communication go so wrong? How did I somehow lose these two boys by saying Iraqis are people and deserve our respect and help? How did that translate to their brothers the soldiers are bad? Why does it have to be one or the other?

It's a big question, I think -- touching on our fears and misconceptions about the "other" brought on by the media or our upbringing or community or experiences. The other is often looked at as "scary" or "bad". It is an easy trap to fall into that it has to be us or them, that if one is good, the other is bad. This simply isn't true. There are many spots on the continuum for people and countries to live. We are only human. By having me in to the school, the principal was giving them a huge mind-opening lesson: Different doesn't mean bad. People aren't their government. And conversations are good.

Maybe they were too young to understand or too unwilling to engage in a deep conversation. Maybe I was too quick or careless with big thoughts for young minds or maybe, just maybe this is the challenge we always face when bringing people of different beliefs together. Sometimes it's a struggle to learn we are all after the same end result: a happy fulfilled life for ourselves and our family.

It shouldn't have to be one or the other. 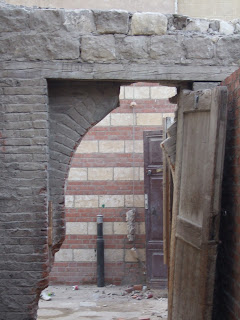 These are difficult but important conversations to have. I am grateful that the principal and ultimately those boys were willing to have it, that they were willing to open that door.

Life is education after all. May we all continue to learn.
Posted by Kim Schultz at 2:19 PM No comments:

Want to Write Your Story?

Interested in finding your voice, writing your story? Here's a way to start. Try to answer these questions as truthfully and detail-oriented as possible. Then see what doors or windows (or crawl spaces!) it opens for you. Jump! Tell your truth. Post one you'd like to share in the comments section below!

Power of Truth... or Karen and the Frog

I recently taught a writing retreat. It was called "Finding Your Voice, Writing Your Story". I had no idea what to expect. Would people have stories? Be willing to find them? Be open to share them? Who knew! 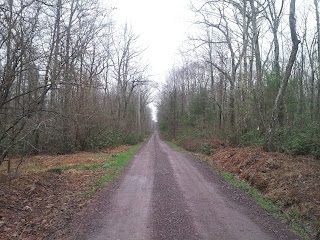 There involves a great deal of bravery in story telling. You're telling your story! Sometimes that ain't easy. When was the last time you bared your soul to a group of virtual strangers, let alone a loved one?  But I believe there is value in this because:

That's been my experience in storytelling. I have written 2 plays and 2 books all based on my life. Yup! I write allllll about my life: the good, the bad and the ugly. Why? Because I can't imagine processing some of the events in my life without it. And I think there's power in a story well-told.

Mexican poet and author Rosario Castellanos said, “Writing has been a way of explaining to myself the things I do not understand” Can I hear a what-what? Agreed, Rosario. Agreed!

A woman in my retreat lost her daughter, Karen, about thirty years ago and to this day has yet to truly speak about it with her family, including her other living daughter. It seems they have all buried it under the proverbial family rug --- too painful, even after all these years. So in she comes in to my retreat and drops this story bomb. She then followed it up by saying that said she had no intention of writing about it. Hint, hint. But less than 36 hours later, she wrote a story about a frog who hung out in a garden with a beautiful girl named Karen. Bingo. She opened the vault. She started to write about her daughter. Brought me and our whole group to tears. More stories came. She was on a roll. By the end of the session, she was considering sharing her writing with her other daughter in hopes of opening up a conversation about their shared loss all those years ago. She told me the retreat changed her life.

Everyone has a story. What's your story?
Posted by Kim Schultz at 11:01 PM 2 comments:

5 Ways Improv Will Change Your Life

I recently posted an article on IMPROV on POLICYMIC. Check it out! Find out how IMPROV can change YOUR life!