I recently got a day of work on NBC's drama, Chicago Fire. Yay! I play a woman named Claudia, who accidentally leaves her truck in... DELETE PLOTLINE HERE SO AS NOT TO BE SUED BY NBC DELETE PLOTLINE DELETED KEEP READING PLOTLINE TO BE REPLACED LATER

Second of all, the cast and crew were amazing. I know people sometimes say that and you're like "Whatever. Amazing-sch-mazing! Doesn't mean anything." But seriously, they were really great. Fun to play with in every way. It got me to thinking... (uh-oh)

What made that day so fun? Aside from it being a really great gig, what else made it so fun? I realized it was that the whole team was actually functioning as a team and they welcomed me into that world with ease. They had a sense of joy in their work, playfulness, silliness. They trusted each other and me. They treated everyone with respect, even a l'il ol' day player like myself. They did their job, but did it kindly and filled with gratitude and  a sense of play. It felt like I was part of something. I suppose like how you would to feel in any workplace team you are a part of or how you would think an actual fire department might behave given the nature of their work.

Consider me a fan. 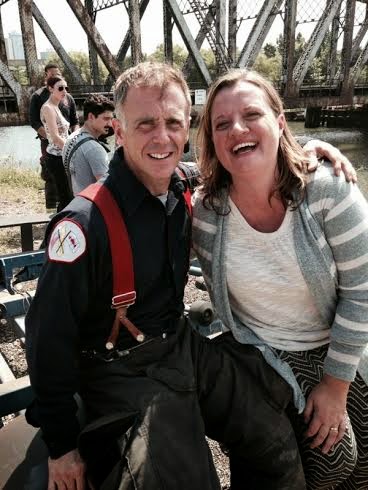 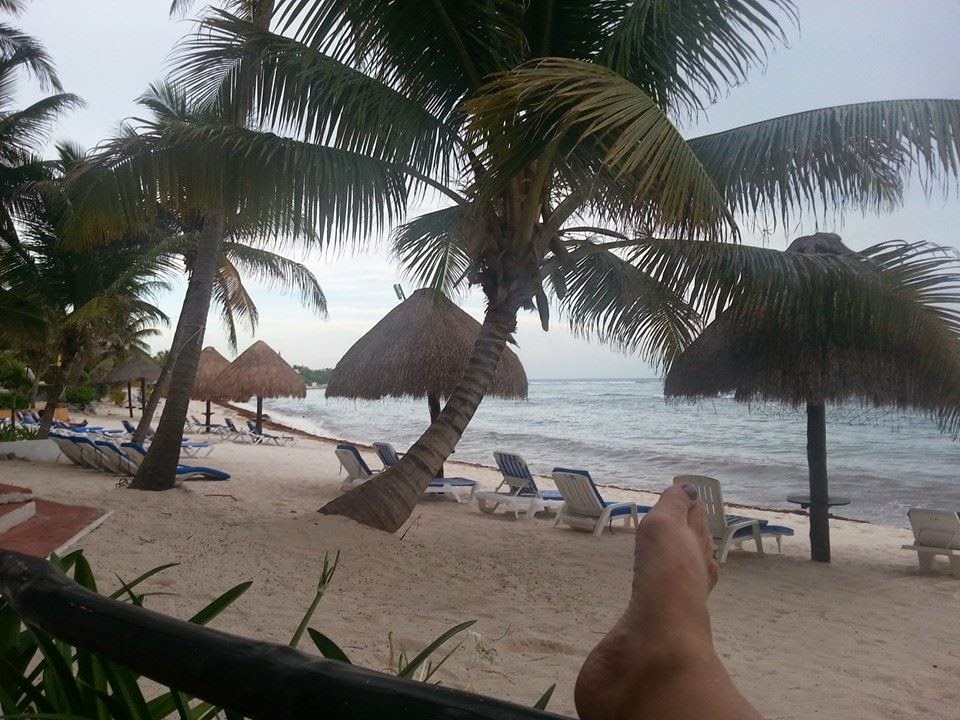 Here I sit on the shores of the Mexican Caribbean writing you. I know. Shut up Kim.

I am beginning another session of the AKUMAL INTERNATIONAL ARTIST RESIDENCY. Four wonderful new artists will be arriving on Wednesday for five weeks. They will be creating, teaching, sharing and engaging with the community. I'm here to make sure that happens.To follow more about the residency and to virtually meet the artists, see the blog at www.akumalresidency.com

Gratitude.
Posted by Kim Schultz at 12:39 PM No comments:

A Chicago theatre friend of mine's lovely wife died this past weekend. She was involved in a freak accident on a bike in a fast-moving storm. It was sudden, devastating and unfathomable. I didn't know her well, only having met her once or twice, but her death has hit me hard nonetheless. I am thinking of her and her mourning husband Joe frequently, haunted by this seemingly senseless loss. I follow his comments on facebook, as well as the hundreds of kind friends who post and comment beautiful words on his wall and their own.

After some reflection, there is no better lesson for me in this than what improv teaches us: LIVE EVERY MOMENT, because you never know when you won't have another moment to live. Literally.

So friends and followers: try your best to live this moment fully, try staying present to what and who are around you, try being always grateful and in Joe's own words..."love hard, people, love hard". 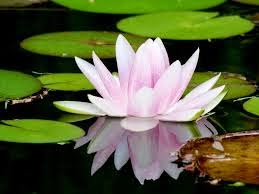 Posted by Kim Schultz at 2:54 PM No comments: